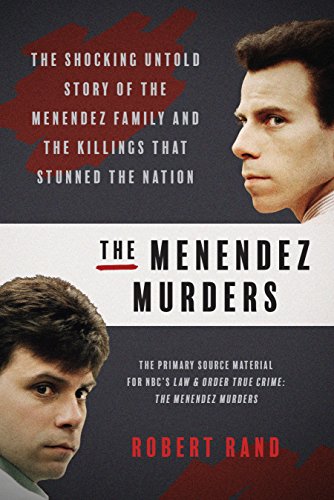 Let's kick off our October event #BellesWickedWednesdays with a true life horror story. This is true horror whether you think the brothers deserved jail time or not... For everyone involved.

*I received an advanced copy of this book from the publisher in exchange for an honest review. *
I feel like my childhood is set out like a time line of tragedies. When I was really little, the Challenger exploded while my mom watched on tv, so excited to watch a fellow teacher adventuring into the unknown; the Menendez brothers who blew away the country when they blew away their parents; when a white Ford bronco slowly cruised through LA with half the force behind it, buying time for The Juice while he tried to figure out what to do next; and watching my friend's parents flying off to help try and find survivors in the wreckage of a building in Oklahoma City where someone had decided to prove a point. Looking back, it seems like not a year went by through Junior High where there was some national show of hatred to shock the country. I remember hearing about them, seeing them on the news, talking about them in class, knowing the basic facts about the events. But when it comes to the depth of what happened -the horror in full form- that was all kept away from me.
So when BenBella Books was nice enough to share an advanced copy of The Menendez Murders with me, I was very excited to hear what actually happened over those years.

The story is not a surprise- you already know the outcome- there's no twist ending: they're still gonna go to jail for life. They're still gonna lose all of their appeals. But Rand gives you such detail and depth of the investigation that you'll still find yourself completely rapt by it.

Rand chose to give a completely chronological account of the information as it became available, very similar to The Run of His Life about OJ (fun fact : he actually makes an appearance in this book!) He has taken information from all credible sources and masterfully cuts back and forth between them to give you a realistic idea of how the entire saga unfolded, day by day.
It's a powerful book, as it brings to mind the question of: is there a breaking point before a child will kill their own parents? Can a parent be so terrible that they drive their children to murder? Even as I felt myself horrified by the idea of killing one's own parents, I was equally full of aching sadness for the brothers and the miserable excuse for a life their parents forced them to lead.

Be warned, if you're looking for a gruesome read about the nitty gritty details, this may not be the account for you. Rand's piece focuses just as much on the crazy court room drama (including the behind the scenes shit that never made it to the news but is fascinating none the less.), so if you're not looking to hear the legal differences between the two sets of trials, or the more technical points of the detective work leading up to them, I would suggest finding a different account of the event.