There are a few things in this world that I love. I love things I can do, like reading (obviously.) I love coloring in coloring books, and I love doing my makeup even if it's just to sit at home. I love watching TV shows, especially the really in depth ones like American Horror Story, the ones that are like watching a book come to life in front of you.

I ALSO love it when my favorite celebrities become more human. Case in point, even though I didn't get into the whole "The Hills" drama (although I was always #TeamLC simply because Heidi was so shrill she just sounded guilty of being terrible.) I still love Lauren Conrad, and I followed her book club for a long time. Recently, an actress whom I really like (Emma Roberts) started her own book club and I am OBSESSED! #Belletrist is an Instagram based book club that encourages people to share their experiences as they read. It's a book club in real time with the real world (well, the real InstaWorld.)
This month's pick was "Marlena", a debut book that I devoured in 24 hours.

This is a young adult novel, a coming of age tale about two girls who find themselves best friends because of that magical unknown that creates all teenage best friends. It was incredible to see someone express that weird sweeping feeling of meeting your best friend and falling deeply and hopelessly in love (like, friend love. Duh.) When Cat meets Marlena she finds herself inexplicably drawn into her world, despite how different it is from who she has been up until then. Of course, they meet at the perfect moment in her life, when her parents are divorcing and she has begun to question what her personality really is. The fact that Marlena is living on the periphery of Drug Culture is enticing rather than intimidating, specifically because it is the evil mirror version of Cat's own life.

Considering the insanely fast growth of drug abuse- especially prescription drugs- among teenagers in this country, as well as the rampant Meth World (which is also seen in the book) it is wonderful to see someone  portray not only what a terrible path that is to choose, but also WHY so many young people ultimately do it anyway. And, somehow, Buntin manages to do this without belittling the people she is writing about.

Because the book is YA it was a fast, easy read, but the struggle the protagonist goes through is pretty heavy and timely. I teared up multiple times, and I highly recommend this book to anybody.

Jesus. H. Christ.
I really don't know where to begin. Eleven HUNDRED pages leave time for a lot of thoughts and opinions to bubble up, so let me try to sort myself out.

Ok, I had to leave this blog for a few days because there was no way I could focus on this book for any longer.  Now that I'm a few days removed,  I think I can begin.

So let's see, overall this book was just too slow for me. When I read Stephen King I usually expect the same formula: gripping story concept on the jacket that draws me in, slow start that I fight through because the story sounded so interesting, then pulled in and unable to put the book down "just for one more chapter." Unfortunately with It, I was just so, so, so, so bored. I didn't feel drawn in until the last few chapters, and the only reason I made it that far is because OCD wouldn't let me NOT finish the book.

Here's the thing: all of the characters are really well fleshed out.  Kind of TOO well fleshed out. The core of the book is a sextuplet of childhood friends, part of the book written as adults, and the other as the story of that childhood as they begin to remember a summer they seem to have misplaced- something we eventually learn is the "Derry Effect". One of the main reasons the book drags on so long is that these six characters are created in two different times of their lives; it's sort of like reading a book with twelve main characters.  (Not including a few side characters who are also given quite the history.)

And then, there is the now infamous scene towards the end. Well, apparently it's infamous, I had no idea it was there. It seems to be a pretty divisive scene, and I'm not going to talk about what actually happens, but I will say that I was not a fan. Some people say it was "necessary", and I just have to disagree.

Email ThisBlogThis!Share to TwitterShare to FacebookShare to Pinterest
Labels: Amateur book review, Belle of the Bookcase, Book of the Month Club

And, no, I am not talking about THAT. Ew. Nope, I am talking about the fact that this Belle finally signed up for the Book of the Month Club! Now every month I'll get a new book in the mail, I'm so excited!

How it works, is that you pick your favorite categories of reading material. Then each month they pick a book for you, with a few other options you can switch to. Then on the first of the month they ship it out to you and you get to enjoy a new book! They also have a big selection of previous BOTM choices that you can add into your box for a price that's cheaper than the usual for a hard cover. 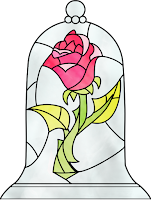 And if you join, let me know! I want to know what other people think! Can't wait to start this adventure!